Cementarnica USJE has presented its Corporate Social Responsibility Report 2015, and on the occasion of communication of the report, the company invited all stakeholders to provide suggestions for advancing the socially responsible activities of Cementarnica USJE in the future. Aside from the communication of the report and the constructive discussion, the company organized a tour of Cementarnica USJE for all participants in the forum, introducing them to the production process and innovations implemented during the reporting period. The document contains all activities of Cementarnica USJE that are in line with the ten principles of UN Global Compact in the areas of human and labor rights, promotion of the environment, anticorruption and corporate governance and leadership. The company is a signatory of this compact since 2008 and a promoter of the UN principles in Macedonia. This is the seventh annual report on corporate social responsibility activities of USJE.

"Our activities in the field of corporate social responsibility would not have had their true meaning were it not for the active participation of our partners, society and non-governmental organizations and citizens. That is why it is important to us to get feedback and quality proposals on how to improve this cooperation, because it is the only way for our future activities to reach their goal - sustainable development of the community and the company, as its responsible member," said CEO Boris Hrisafov, who also heads the Corporate Social Responsibility Board of Cementarnica USJE.

The report, inter alia, notes that 2015 went by without a single fatal or serious accident and that every employee attended 9.6 hours of training in occupational health and safety or a total of 2,880 hours for employees and an additional 370 hours of training for contractors. Last year they also successfully completed an inspection of the implementation of the OHSAS 18001:2007 system. Among other activities in the field of environmental protection, USJE in 2015, in cooperation with the Faculty of Natural and Technical Sciences in Stip, prepared a study on further reducing noise around the company, which even before then had been below the stipulated permissible limits under national legislation. Over the past year they installed dampeners on fans, replaced the small axial blowers with new ones and installed 10 dampeners in the raw mix preparation plant. In 2015 Cementarnica USJE once again joined the global initiative "Earth Hour" and the national campaign "Tree Day". In order to raise awareness of the importance of the quality of construction materials, USJE organized a stakeholder panel – an expert conference entitled "The impact of construction materials on the quality of construction". As a member of the local network of the UN Global Compact, the company continued with activities to develop local partnerships, such as "We develop skills for easier employment", "Partnership with schools", support of children with special needs, collaborative and many other activities for which 175,000 euros were allocated in 2015.Cementarnica USJE last year participated in a panel discussion on the conclusions of the UN Summit on Climate Change in Paris and in nine primary schools a program was implemented in the form of lectures to raise awareness among young people about climate change. Funds from the company were used to implement energy efficiency improvements in two schools. During the year, more than 130 students received practical training in the factory, more than 120 other students visited the company, 46 students - children of USJE employees received scholarships, and 3 students received scholarships for postgraduate study. Employees of the company participated in the "Let’s Do It" and employees, along with the company, voluntarily donated and assisted people affected by the floods in Skopje. In March 2015, USJE employees launched the campaign "Going to work without a car" and every Wednesday came to work using alternative transportation or on foot. Employees who nevertheless had to use their cars on those days voluntarily made donations, which in 2015 were used to purchase a spirometer for the Children’s Hospital for Respiratory Diseases - Kozle. In 2015 Cementarnica USJE AD won the National Award for best social responsibility practices in the Environment category for the project "Reduction of NOx emissions". 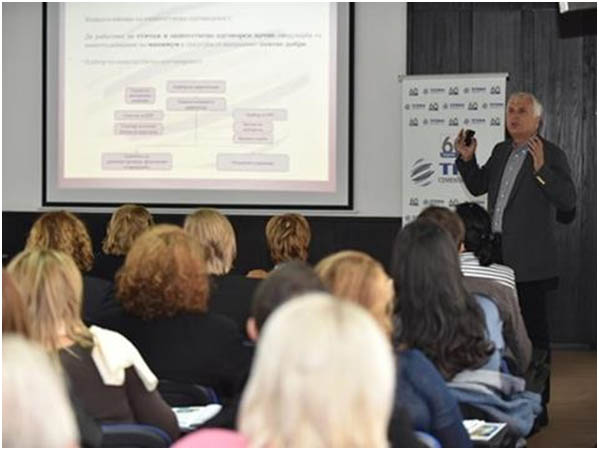 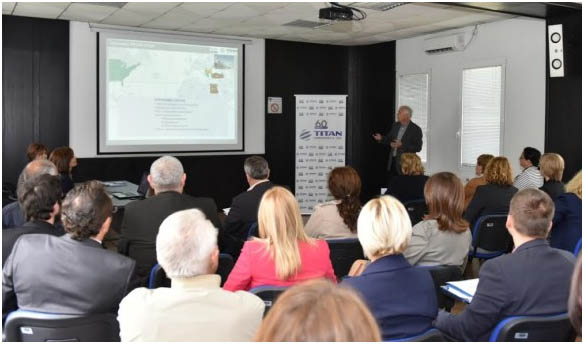