60 years of contribution to the development of the economy and society
04.12.2015

With superior quality products, latest technology, dedicated work and development of projects in the interest of the environment and the community, Cementarnica USJE AD marks 60 years of its operation on the Macedonian market. The six-decade operation of USJE is accompanied by a process of continuous investments and modernization, through which the company managed to respond to the needs of the Macedonian economy and society.

Only in the last decade the company has invested 80 million EUR in introducing new technologies and modernization, thus significantly improving product quality and raising the standards for safety and health at work. Of these funds, almost 36 million EUR has been invested in projects related to environmental protection or greater compatibility of the company's operations to the needs of the community. For its efforts to contribute to the environment, this year USJE received the highest national award for social responsibility for the project "Reducing air emissions." This was the second highest award for USJE in the same area. For its efforts, during the previous years USJE was awarded for projects in the fields of market promotion and employee relations.

"USJE is an inseparable part of the Macedonian society because our cement is embedded in every public and private building in Macedonia. Along with our development, the Macedonian economy also grew and developed. Our aim in the future is to be the engine of prosperity in our society", said Boris Hrisafov, CEO of Cementarnica USJE AD Skopje.

The six-decade existence of USJE was marked with a gala concert "Classic versus classic". At the ceremony, special awards were presented for long-term cooperation and outstanding contribution to the development of the construction industry to the companies Beton, Granit, Karpos, Adora and Aktor. Special recognition was also presented to the municipality of Kisela Voda with which USJE has continuous cooperation on projects of interest to the community, and an award was also presented to the Institute for testing of materials - ZIM, which plays a significant role in the creation of top-quality cement with the highest world standards. Longtime director of USJE, who gave outstanding contribution in the development of the company and in the process of assuring a strategic partner, Risto Gushkov, also received special recognition. Izahir Troni received special recognition for the three-decade collaboration and sale of products of USJE on the Kosovo market.

In the year when USJE is celebrating 60 years of its operation, a technical conference titled "The impact of building materials on the quality of construction" was held, which was attended by top domestic and foreign experts. At the same time, marking the 60th anniversary, USJE signed an agreement for partnership and support with the Faculty of Fine Arts at the University Ss. Cyril and Methodius in Skopje. The project will enable students to work on sculptures from concrete in the spirit of urban and contemporary art, which will then be publicly exhibited. In order to encourage artistic expression and to open new opportunities and space for creative work of young artists, USJE provided cement, other necessary materials, machinery and tools used in the work of the Cathedra of Sculpture at the Faculty of Fine Arts. 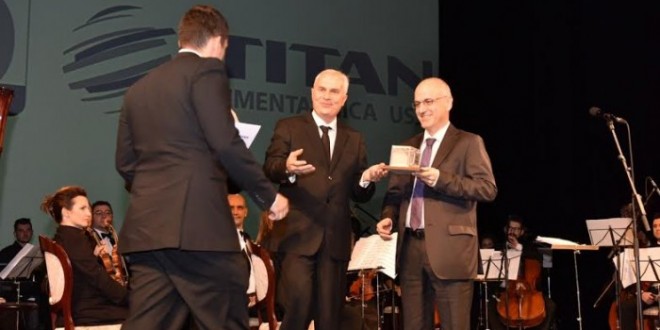 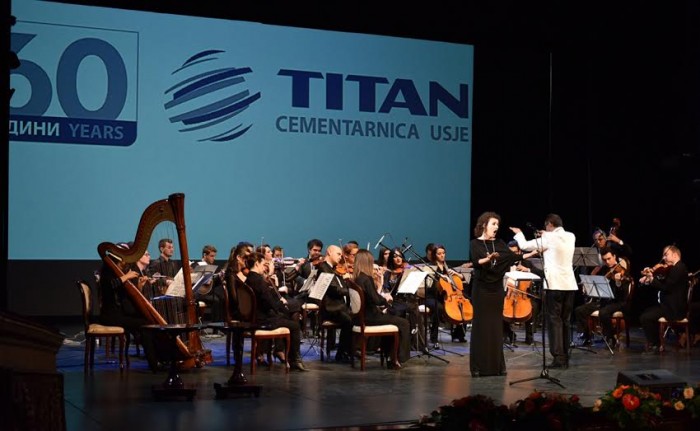 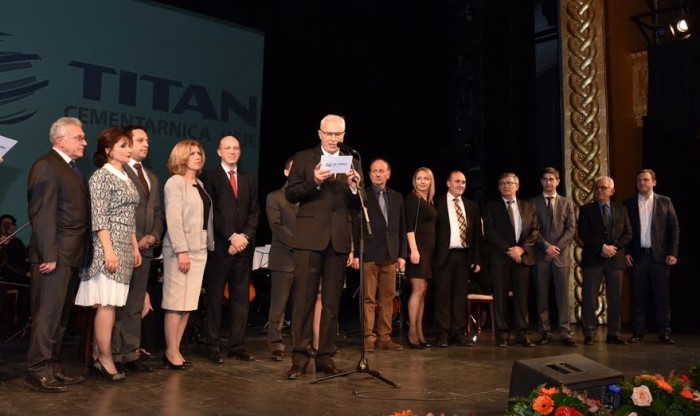 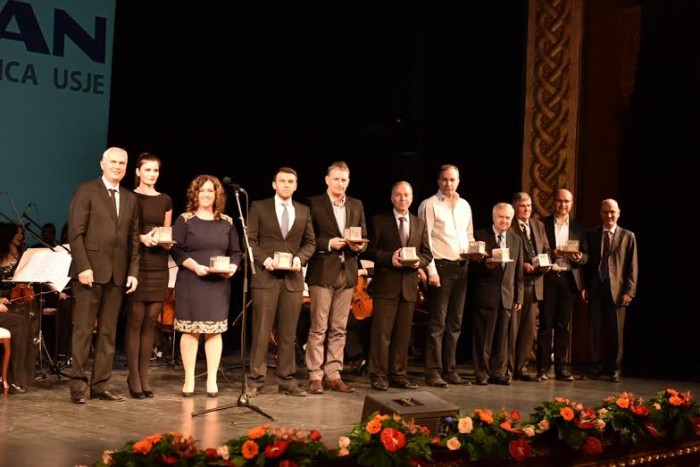