Cementarnica Usje was awarded with the “National Award for Best H&S Practice for 2012”. This award is organized by the Macedonian Occupational Safety and Health Association (MOSHA) in cooperation with its social partners, the “State Labor and Health & Safety Inspectorate”, the “Federation of Trade Unions of Macedonia”, the “Confederation of Free Trade Unions of Macedonia” and the “Organization of Employers of Macedonia”. The awarding ceremony took place during the “International Conference on National OSH Strategies” on the 26th of April 2013, in Mavrovo.

USJE participated with its “Internal Health & Safety Training Program” as a best practice and won the National Award in competition of 16 companies. 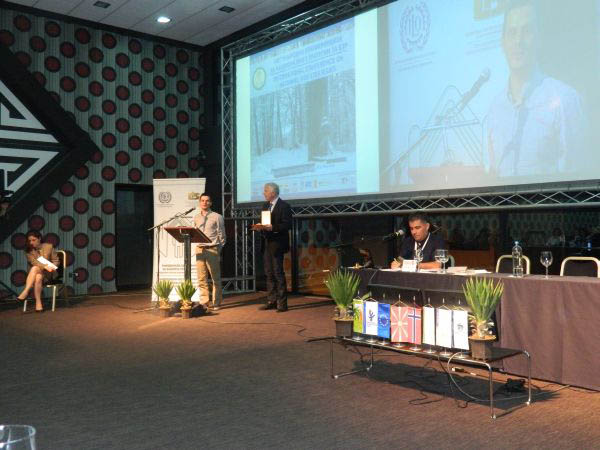 The commitment of USJE to maintain the Health & Safety as a first priority is applied through continuous training for every employee. For that purpose we developed the Wednesday’s lecturing program which is implemented since November 2004 by the Health & Safety Department and it is attended by all employees in the company. The lectures are run weekly with specific topics per cycle where employees are encouraged to be involved in consultation and communication on health & safety matters that affect their work.

This award is verification of our commitment and efforts in achieving our vision of providing a healthy working environment free of incidents, injuries and accidents. The Company’s approach to reducing occupational hazards is a continuous joint effort of its management and its employees. We adopt this systematic approach to Health & Safety in order to achieve continuous performance improvement.