ANTEA Cement, one of the biggest industrial investments in Albania

ANTEA CEMENT, ONE OF THE BIGGEST INDUSTRIAL INVESTMENTS IN ALBANIA

Mr. Angelos Kalogerakos, General Manager of ANTEA Cement, in the ceremony of inauguration said to the invitees that “We have shown till now that our actions stand for our promises. We are committed to be a paradigm of best practices in the country and this is what we are going to do.”

“It is indeed a very special day. – said the Regional Director of TITAN Cement Group for SEE and Middle East, Mr. Michael Sigalas. We are here to officially inaugurate the materialization of a dream that started in 2005 and which has evolved to one of the most technologically advanced cement plants in the world.”

The Managing Director of TITAN Cement Group, Mr. Dimitri Papalexopoulos, in his speech during the inauguration ceremony stated: “We have made an important long term commitment in Albania because we believe in the future of the country. As a serious industrial investor we want to make a profit for our shareholders, but we want to do it in a way that benefits all the stakeholders and the community.”

Mr. Sali Berisha during the ceremony stated that he was very pleased to be present in this industrial development for Albania. “The inauguration of this cement plant is an important event for Albania, it is very important for the development of the country, excellent technology has been applied and export procedures have been forecast.
It is undeniable that there are difficulties deriving from the worldwide financial crisis, but it is also a reality that the Albanian economy is a vibrant one, with an admirable growth rate. I am sure that Titan Group will soon produce in its maximal capacity. I guaranty that I will do all necessary efforts so that all the cement production be used locally to accelerate the construction and the development of the country. We will also make every possible effort or this product to be exported.”

TITAN Cement Group has concluded within a short period of time the construction of one of the biggest industrial complexes in Albania, the Antea Cement factory. This significant investment amounted to 200 m. Euros and is one of the most important in the country. The plant’s total output is 1,5 m. tons per year and it has the ability to cover the needs of the Albanian market as well as exports.

The factory was built close to the Boka e Kuqe area in Kruja and is one of the biggest and most modern cement factories in the region of South-Eastern Europe. The technology implemented for the cement production is one of the most up-to-date and sustainably sensitive. Apart from the production of high quality cement, complying with international standards, TITAN implements an environmentally sound policy, preserving and improving green areas.

TITAN is an independent cement and building materials producer with over 100 years of industry experience. Based in Greece, the Group is present in 12 countries and operates 13 cement plants worldwide. Throughout its history Titan has aimed to combine operational excellence with respect for people, society and the environment.

ANTEA has been a model, for development of a Greenfield project and in essence has become the benchmark for similar projects. The reason is in its shareholders make-up.
IFC and ERRD place a tremendous weight in the Corporate Social Responsibility and this is deeply entrenched in their charter and their processes and of course in all of their contractual commitments.

TITAN itself has always been a company practicing CSR and as a founding member of the United Nations Council for Sustainable Development it is deeply committed and has an impressive track record.
As a result ANTEA was designed, build and Managed with CSR being on of the key values that drives the company.

This has led to comprehensive business plans for all areas of: 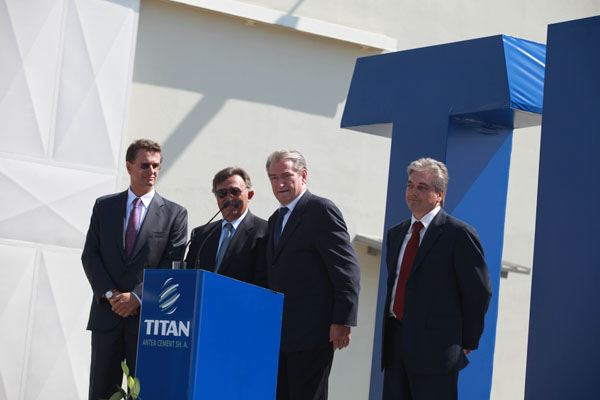 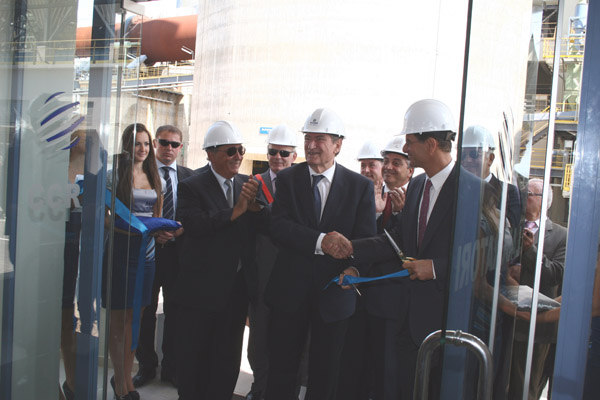 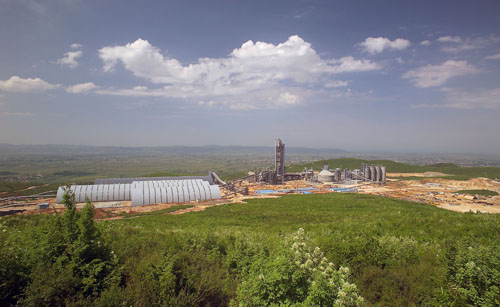